May 8 was the inaugural date of the international culture-jamming event Pynchon in Public Day. The vision of Martin Eve, a UK-based scholar writing a PhD on Thomas Pynchon, and John Dee, who may or may not be the celebrated/notorious astrologer to the court of Elizabeth I, it was conceived as a project to make the work of the cult author and reclusive polymath known to a wider public. I played a peripheral part in the venture too, mainly in the capacity of one-man focus group for Dr. Dee’s thoughts and opinions, a receiver of arcane postal communications in spidery handwriting.

The bare notion at the beginning was simply to encourage people to post photographs of themselves reading a Thomas Pynchon book in a public place. A website, Flickr site or Facebook page would be the locus for these curious, semi-clandestine images. This was to be done, it was hoped, all around the world on the author’s 74th birthday, the idea of numerous Pynchonoids and newcomers to the Pynchon universe the world round all reading from his works on the same day being a beautiful one, a metaphor for a strand of playfulness-irrupting-into-the-quotidian that permeates his writing: a quasi-occulted Surrealist gaming of the daily capitalist-consumerist grind.

Pynchon fandom, expressed in the desire to promulgate the wonder of his writing rather than hug it to our collective nerd-elite bosom like jealous anchorites of an exclusive religious cult, was the initial spur. But there was more to it, it seems to me, than simply generating free publicity for a favourite author or some read-this-it’s-cool, literature-is-good-for-you impulse to get people to read clever books instead of Marian Keyes or whoever. Pynchon in Public Day 2011 would be a global free festival for bookish brains and not-yet bookish brains toiling out there in the fictive structure we call the ‘real’ world, a celebration of difficulty, of intellectual ambition, of creativity, of independent thinking. Pynchon’s work, if it is about any one thing, is about the ways we lock ourselves into the Great Machinery and either believe in it and serve its will-to-power or how we try to find ways out of its obscure and deadening systems through the sheer energy of openness to Possibility.

For a short 24 hours the Imagination, the Spirit of Creative Subversion, Fun, was king, as people in London, Worthing, Brighton, Southampton, Barcelona, Madrid, New York, Los Angeles, San Francisco, Berlin, spontaneously joined the party. It happened in meatspace and in cyberspace, it happened on park benches, it happened in cafés, it happened on the street, it happened at home. It was beautiful but it was just the beginning. The trajectory is rising, heading for May 8 2012, the great man’s 75th birthday, and it will continue, defying the ballistic inevitability of gravity’s rainbow, laughing at entropy, going onwards and upwards and outwards to who knows what, where or whom? 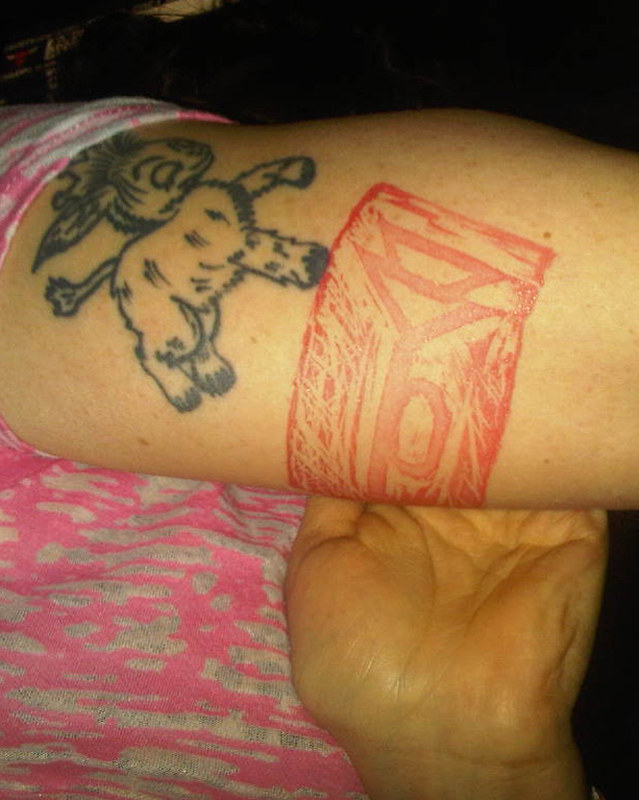